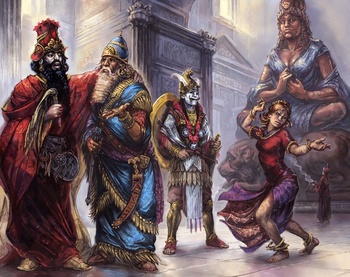 When the Lunar Empire reached Dragon Pass they found it ruled by the kingdoms of Tarsh and Sartar. After many years of resistance, both kingdoms fell to the growing power of the Lunar Empire. The Red Moon sent one of her daughters to seduce and conquer the Tarshites.