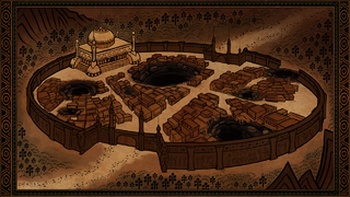 The cultural meeting grounds between the Tiers and the Northern Empire, the wealthy city-state of the Bastard Tier wears its name with smug pride. Generations of collusion have left the merchant families of the Bastard City in charge of this northern-most Tier. The landed Bastardborne employ large armies to secure themselves against the warring of the Younger Realms to the South, but it is the Overlord’s Northern Empire across the mountains that the rulers fear most.