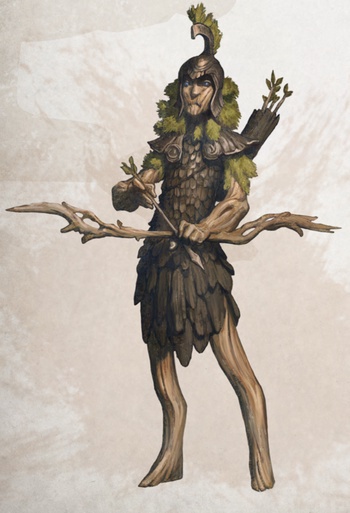 Almost one-third of elves are part of the Marching Aldryami, or active military. They are generally familiar with every facet of the geography of the area, having spent centuries prepar- ing most natural routes with various plants to assist in the defense. A small band of elf warriors can drive away a much larger band of trolls, dwarfs, or humans. Elf armies are noted for their effective arrow fire and their small—though fierce and dedicated—bodies of infantry. They do not normally muster mounted troops of any sort.