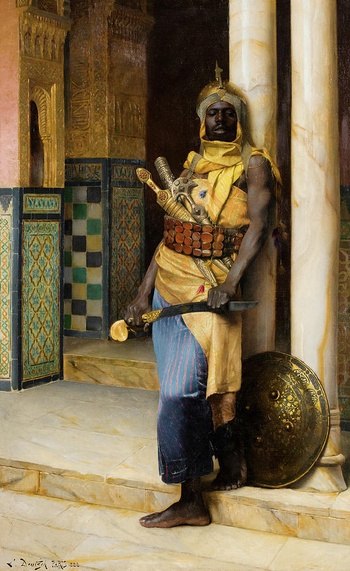 “Slave-Soldiers could come from almost any people, but the Agimori were prized and sought after because of what contemporaries saw as their inherent military quality. The Agimori, were a nomadic people where violence was part of daily life. Nomads often raided the herds of livestock of other tribes and imprisoned those they defeated in battle to be sold as slaves. Agimori often sold other Agimori acquired through war or, during times of famine and hardship, families sold their children”. - Hammad ibn Razin